Loyalty programmes generally do not conform to the normal business rules that dictate a profit or loss mentality, however that does not mean that you cannot make profitable gains from a scheme whilst making the customer happy. There are three basic rules that must be followed:

The most common is making the scheme overly complex such that the customer cannot understand or cannot be bothered to find out how to use the scheme. Another common mistake is where the scheme operator fails to validate that the rewards are achievable or motivational enough to engage the customer. Finally, the worst mistake of all is the failure to plan for success. Scheme operators fail to do the basic checks; if 100% of customers redeem 100% of the rewards, will this lead to a positive outcome for the company?

What purpose should a properly designed loyalty program serve? Is it loyalty as such, retention, increase in the frequency of purchases, higher sum spent or building a relationship with the customer and their feedback?

There are many purposes and those mentioned are valid, but it all boils down to an understanding of the business and its long-term customer strategy that will shape the purpose. It would be valid in some businesses to have a number of purposes that vary depending on the type of customer. For the most sophisticated loyalty scheme operators, they will have a tiered set of purposes, the top ones being generic along the lines of those you suggest, but for each and every customer type, the purpose will be more specific.

The top three purposes most often sought are:

a. Using loyalty to manage the customer relationship from initial attraction, retention and a deepening of the long-term relationships

b. Collect customer data in order to learn and use then customer intelligence that can be derived from its analysis

c. Differentiate the business, giving customers and prospects another reason to buy from the scheme operator rather than the competition.

How long after launching the program can one expect financial profit?

It really depends on the type of business; it can range from a matter of a few months to a year or more. I would argue that anything more than a year leads to a failing scheme. (Not to be confused with the full return on investment, that can take anything from a year to three years).

The evergreen of loyalty programs are discounts. However, this model is certainly not the only option and perhaps not even the most desirable one. What other benefits can be offered? Could you please give some specific real-life examples?

Discount schemes are not loyalty schemes, I would argue that they train customers to be disloyal as they are constantly reminding customers that discounts can be had and as such they become more price sensitive and they shop around.

Points based schemes are the main alternative, they offer many opportunities to ‘play with the perceived value of rewards’ whilst giving the opportunity to offer many opportunities for their exchange that appeals to a broad audience. ‘Cash Back’ is another, allowing customers to build a cash reward based on their level of engagement. Finally there are membership schemes that offer a range of benefits that you earn as you deepen your engagement. Of course, some operators mix these approaches to offer a membership scheme with a base reward currency. Good examples of well-known successful schemes include: PayBack in Germany, Membership Rewards from American Express, HiltonHonors by Hilton Hotels, Miles & More by Lufthansa and Nectar by Aimia, a multi partner coalition scheme in the UK.

How do loyalty programs in Great Britain progress and what trends will be observed in the following years?

Established loyalty schemes in the UK have struggled to develop beyond their initial offerings. Nectar has managed to develop the relevance of its programme through the recruitment over the years of significant partners such as ebay and British Gas, whilst Tesco has continued to develop an in-house earning mentality adding innovative and interesting redemption partnerships with organisations such as British Airways and Pizza Express. As such, coalition loyalty has developed more broadly in the UK than in many other places.

The buzz today, like in most other geographies, is all around the mobile phone – bringing the loyalty experience to the mobile. Greggs, a traditional baker and fast food retailer, this year launched a loyalty scheme tied to a mobile wallet app, but for use at Greggs only – interesting, geeky but commercially flawed.

The war of the supermarkets continues to provide the most interesting development, with MyWaitrose the new kid on the block, offering a membership scheme with discounts, free coffee and newspapers creating lots of noise in the market. And finally, the last of the big four soon to enter the fray, Morrison’s, who will launch something later in the year after admitting that its worst Christmas trading period ever has been put down to a lack of ‘customer insight’ that others enjoy as a consequence of their loyalty schemes.

What examples of successful and well-functioning British loyalty programs would you give and why?

Loyalty schemes have become a hygiene factor in some markets in the UK and most specifically in the Supermarket sector, that includes fuel purchases, as the Supermarkets sell more fuel than all the other retailers together. Getting performance data in order to validate the success of any scheme has been notoriously difficult, but one has to admire the sheer determination of Tesco with Clubcard, Sainsbury with Nectar, Asda with its ‘Price Match’ offer (‘we promise to be 10% cheaper than the rest’) and Waitrose with the MyWaitrose card. Together, these schemes have managed to penetrate the vast majority of households in the UK with circa 45 million registrations between them. After Supermarkets, mainstream loyalty in the UK is made up of hundreds of niche schemes that come and go with few that stand the test of time.

Mark is a leader in the development of loyalty strategies and schemes. His interest and passion for loyalty having stemmed from working with organisations such as Tesco, American Express and Barclaycard, leaders in the development of customer experience management. He founded LCUK in 2003 in response to a growing need for professional advice about loyalty in a number of the industries he had worked with. Today Mark retains his hands on approach, leading many client engagements around the world whilst also maintaining his position as Managing Director of a rapidly growing loyalty business.

Looking for inspiration? More than 100 programs from all industries in one place. 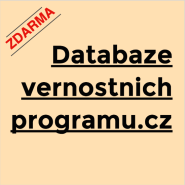 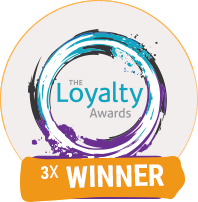